You are here: Home > Your Brain on Sex 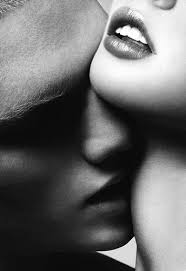 If you ever happen to find yourself crossing the Capilano River in North Vancouver, Canada, you’ll have two bridges to choose from:

The first is definitely not for the faint of heart: A mere five feet wide and 450 feet long, the Capilano Canyon Suspension Bridge is constructed solely of plank and cable and sways perilously in the wind some 250 feet above the turbulent rocky tides — right out of a scene from Hitchcock’s “Vertigo.” Your other choice? A solidly built anchored bridge that sits a mere 10 feet above sea level.

In 1974, two well-known psychologists, Arthur Aron and Donald Dutton, used these bridges as the focus of an ingenious experiment — one that sought to explore the mysterious nature of sexual attraction. It’s informally dubbed the Shaky Bridge Study — which is why I also like to call it the Shake Up Your Sex Life Study.

On day one, whenever an unaccompanied man ventured across the shaky bridge, he would find himself stopped midway by an attractive young woman.

She would introduce herself as a psychology student and then proceed to ask if he would mind participating in a brief survey.

On day two, the identical routine would be conducted by the same woman on the sturdy bridge.

Sounds pretty straightforward, right? But there was a little twist: When each of the men completed the survey, the young woman would hand him her phone number and tell him that he was free to call her later that evening for the results.

Unbeknownst to the subjects, the real study was not the answers the men gave on the survey, but what happened afterward. Dutton and Aron set out to examine which of the men gave the attractive psychologist a call and, more importantly, why. In other words, they were interested in studying not just what happened on the bridge, but how that affected what happened later. Would the excitement and exhilaration of being on the shaky bridge, versus the more mundane experience of being on the solid bridge, promote romantic attraction?

Or, to put it simply: Does adrenaline makes the heart grow fonder?

The answer? Indeed, it does.

Not only did Aron and Dutton find that the men on the shaky bridge were more likely than their stable-bridge counterparts to call the woman later for results of the survey, but they were also far more likely to ask her for a date! When it comes to desire and attraction, a little unpredictability goes a long way: It spikes the brain’s natural amphetamines, dopamine and norepinephrine, which play a big role in sexual arousal.

Beneath the layers of linens that cover our beds, there lies a shaky bridge, ready and waiting for high-stakes action. Yet most of us spend our sex lives on the stable, sturdy one — often without realizing it.

So how can you shake up your sex life and metaphorically get out on that shaky bridge?

Work on the novelty outside the bedroom.
In technical terms, Aron and Dutton were testing a concept called “misattribution,” also known as excitation transfer theory: The idea being that lingering excitement from one situation — say walking across a shaky bridge versus a stable one — could intensify a subsequent emotional state. It doesn’t take much to get the dopamine going, so think about new things you can do together as a couple. A little novelty goes a long way.

Share a fantasy or two.
Sigmund Freud gave fantasy a bad name back in 1908 when he said, “A happy person never fantasizes, only a dissatisfied one.” But research shows that people with active fantasy lives are more sexually satisfied, more sexually responsive and more adventurous about sex in general. Not bad. Remember, there’s a difference between sharing a fantasy and actually acting one out. The brain is our biggest sex organ, so sharing a naughty thought or two might be all you need to get the ball rolling.

Keep it fresh.
After you’ve had sex with the same person at least a thousand times it’s easy to fall into a routine. There are two types of sexual arousal — mental and physical. In the beginning of a relationship, we have no shortage of sexy thoughts and feelings that turn us on and create a sense of sexual anticipation, but after a while the mental component can easily fade and we rely on physical stimulation. We know each other’s bodies and we know how to get where we’re going, but we don’t know how to appreciate the journey anymore. That’s when it becomes time to introduce some new routes and paths to pleasure.

Have confidence. And fun.
If you’re always submissive when it comes to sex, maybe it’s time to get more dominant. Have a little fun and explore a different sex type. Maybe you generally think of yourself as the girl next door or someone who follows your partner’s lead. Or maybe you’re always the aggressor. Give yourself permission to enjoy a new sex type. It can be as simple as putting on a wig, adding a flair to your lingerie, or just letting your partner know your needs.

And finally, remember it takes two.
For every woman who’s willing to get out on that shaky bridge, there needs to be a man who will meet her halfway.

Ian Kerner is a sex therapist, relationship counselor and New York Times best-selling author of numerous books, including “She Comes First” and “Love in the Time of Colic.” He was born and raised in New York City, where he lives with his wife and two sons.